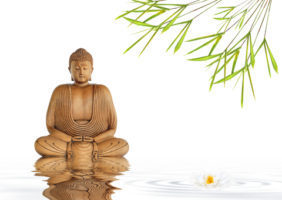 Our investment in TravelCenters of America (TA) has been one of our best ideas thus far.

I first wrote up the idea of TA in May 2020 here: http://boolefund.com/travelcenters-america-ta/

At the time, the stock at $9.29 a share was extremely cheap based on our five measures of cheapness:

These figures made TravelCenters of America one of the top ten cheapest companies out of over two thousand that we ranked.

However, just because a stock is quantitatively cheap does not mean that it’s a good investment.  In fact, before launching the Boole Microcap Fund on 6/9/20, I had bought TA at quantitatively cheap prices.  But the company was being chronically mismanaged and so the stock was deservedly cheap.  I ended up selling at a loss.  But this experience is what prepared me to buy TA for the Boole Microcap Fund.

Studies have shown that if you systematically buy quantitatively cheap stocks, then your portfolio will beat the market over time.  This is called deep value investing, which is what the Boole Microcap Fund does.  See this classic paper: http://scholar.harvard.edu/files/shleifer/files/contrarianinvestment.pdf

However, if you’re doing deep value investing, roughly 57% of your quantitatively cheap stocks will underperform the market.  It’s only because the other 43% increase a great deal that the overall deep value portfolio beats the market over time.

But there are ways to decrease the number of cheap but underperforming stocks in your deep value portfolio.  This will boost your long-term performance.

One example is the Piotroski F_Score, which the Boole Microcap Fund uses.  A high F_Score indicates improving fundamentals.  See: http://boolefund.com/piotroski-f-score/

Another thing that can greatly improve your odds is if new management with a track record of success is brought in to turn around an underperforming company.  This is what happened with TravelCenters of America.

Turnaround specialist Jon Pertchik was named CEO of TravelCenters of America in December 2019.  Pertchik has a track record of significantly improving the performance of underperforming companies.

With Pertchik in charge, it now seemed probable that TravelCenters of America would be worth at least book value of $66.54 per share, which was 615% higher than its May 2020 price of $9.29.

Furthermore, the company could be worth close to $100 a share if Pertchik’s turnaround efforts exceeded expectations.

We bought TA stock in July 2020 at $13.04.  Today the stock is at $53.14.  The position is up over 300% so far.  We sold some along the way, but have kept most of it because Jon Pertchik has set very aggressive goals and is meeting or exceeding those goals.

But how cheap is it?   What is TA’s intrinsic value?

Insider ownership is 15%, which is pretty good.

The Piotroski F_Score is 5, which is mediocre.  But the company is improving fast and is investing heavily to create the best customer experience.