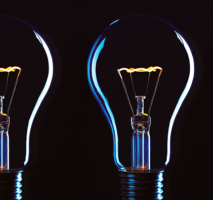 Jack Bogle and Warren Buffett correctly maintain that most investors should invest in an S&P 500 index fund.  An index fund will allow you to outpace 90-95% of all active investors—net of costs—over the course of 4-5 decades.  This is purely a function of cost.  Active investors as a group will do the same as the S&P 500, but that is before costs.  After costs, active investors will do about 2.5% worse per year than the index.

An index fund is a wise choice.  But you can do much better if you invest in a quantitative microcap value strategy—focused on undervalued microcap stocks with improving fundamentals.  If you adopt such an approach, you can outperform the S&P 500 by roughly 7% per year.  For details, see: http://boolefund.com/cheap-solid-microcaps-far-outperform-sp-500/

But this can only work if you have the ability to ignore volatility and stay focused on the very long term.

“Investing is simple but not easy.” — Warren Buffett Assume the S&P 500 index will return 8% per year over the coming decades.  The average active approach will produce roughly 5.5% per year.  A quantitative microcap approach—cheap micro caps with improving fundamentals—will generate about 15% per year.

What would happen if you invested $50,000 for the next 30 years in one of these approaches?

However, if you invested $50,000 in a quantitative microcap strategy, you would end up with $3,310,589.  This is more than 66 times what you started with, and it’s more than 6.5 times greater than the result from the index fund.

For most of us as investors, our biggest enemy is ourselves.  Let me explain.  Since 1945, there have been 27 corrections where stocks dropped 10% to 20%, and there have been 12 bear markets where stocks dropped more than 20%.  The stock market has always recovered and gone on to new highs.  However, many investors have gotten scared and sold their investments after stocks have dropped 10-20%+.

The financial crisis during the fall of 2008 and the winter of 2009 is an extreme (and outlier) example of volatility.  During the six months between the end of August 2008 and end of February 2009, the [S&P] 500 Index fell by 42 percent from 1,282.83 to 735.09.  Yet by early 2011 the S&P 500 had recovered to the 1,280 level, and by August 2014 it had appreciated to the 2000 level.  An investor who purchased the S&P 500 Index on August 31, 2008, and then sold the Index six years later, lived through the worst financial crisis and recession since the Great Depression, but still earned a 56 percent profit on his investment before including dividends—and 69 percent including the dividends… During the six-year period August 2008 through August 2014, the stock market provided an average annual return of 11.1 percent—above the range of normalcy in spite of the abnormal horrors and consequences of the financial crisis and resulting deep recession.

If you can stay the course through a 25% drop and even through a 40%+ drop, and remain focused on the very long term, then you should invest primarily in stocks, whether via an index fund, a quantitative microcap value fund, or some other investment vehicle.

The best way to stay focused on the very long term is simply to ignore the stock market entirely.  All you need to know or believe is:

If you’re unable to ignore the stock market, and if you might get scared and sell during a correction or bear market—don’t worry if you’re in this category since many investors are—then you should try to invest a manageable portion of your liquid assets in stocks.  Perhaps investing 50% or 25% of your liquid assets in stocks will allow you to stay the course through the inevitable corrections and bear markets.

The best-performing investors will be those who can invest for the very long term—several decades or more—and who don’t worry about (or even pay any attention to) the inevitable corrections and bear markets along the way.  In fact, Fidelity did a study of its many retail accounts.  It found that the best-performing accounts were owned by investors who literally forgot that they had an account!

If you’re going to be investing for a few decades or more, and if you can basically ignore the stock market in the meantime, then you should invest fully in stocks.  Your best long-term investment is an index fund, a quantitative microcap value fund, or a combination of the two.

If you can largely ignore volatility, then you should consider investing primarily in a quantitative microcap value fund.  This is very likely to produce far better long-term performance than an S&P 500 index fund.

Many top investors—including Warren Buffett, perhaps the greatest investors of all time—earned the highest returns of their career when they could invest in microcap stocks.  Buffett has said that he’d still be investing in micro caps if he were managing small sums.

To learn more about Buffett getting his highest returns mainly from undervalued microcaps, here’s a link to my favorite blog post: http://boolefund.com/buffetts-best-microcap-cigar-butts/

The Boole Microcap Fund that I manage is a quantitative microcap value fund.  For details on the quantitative investment process, see: http://boolefund.com/why-invest-in-boole-microcap/

Although the S&P 500 index appears rather high—a bear market in the next year or two wouldn’t be a surprise—the positions in the Boole Fund are quite undervalued.  When looking at the next 3 to 5 years, I’ve never been more excited about the prospects of the Boole Fund relative to the S&P 500—regardless of whether the index is up, down, or flat.

(The S&P 500 may be flat for 5 years or even 10 years, but after that, as you move further into the future, eventually there’s more than a 99% chance that the index will be in positive territory.  The longer your time horizon, the less risky stocks are.)